Lioness protecting her cubs against a nomadic male lion 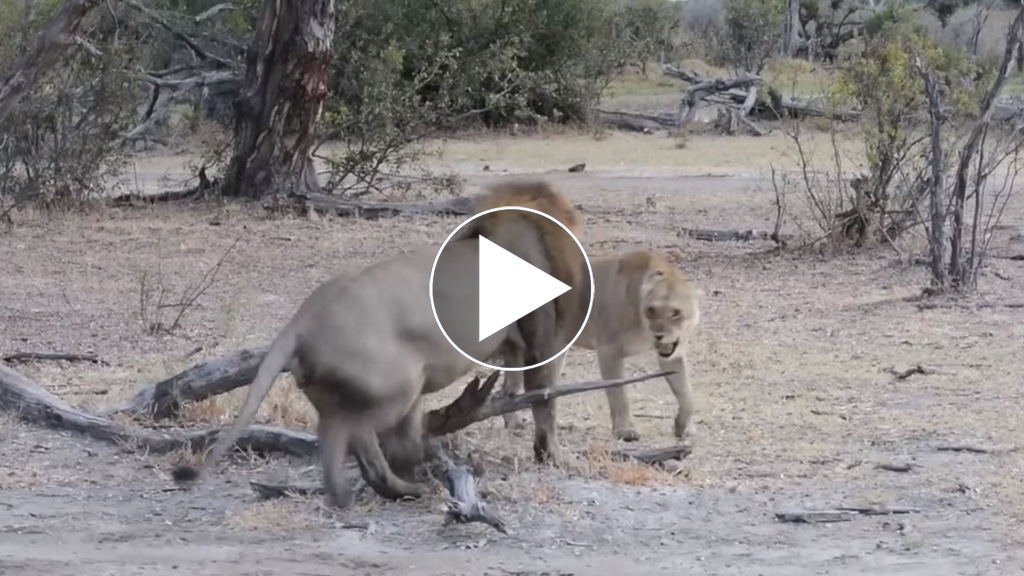 Sometimes the lions will kill cubs, usually when they take over new territory from another pride – to stake their claim on the females. Male lions have also been known to get aggressive with females and can kill lionesses who refuse to mate.

I think a nomadic grown male would have been more aggressive; maybe he’s the dad or uncle. It’s probably too soon to present them to the entire family.

Lions are lion’s n not humans so they behave as lion’s n have their ORDER; They are NOT monsters neither are they cruel-  it’s the ANIMAL KINGDOM! we supposedly humans can learn from them.

She couldn’t do much about it if he did want to kill the cubs. But I think he’s the father. That’s what the guide says, and he’s not being aggressive with her to get to the cubs.