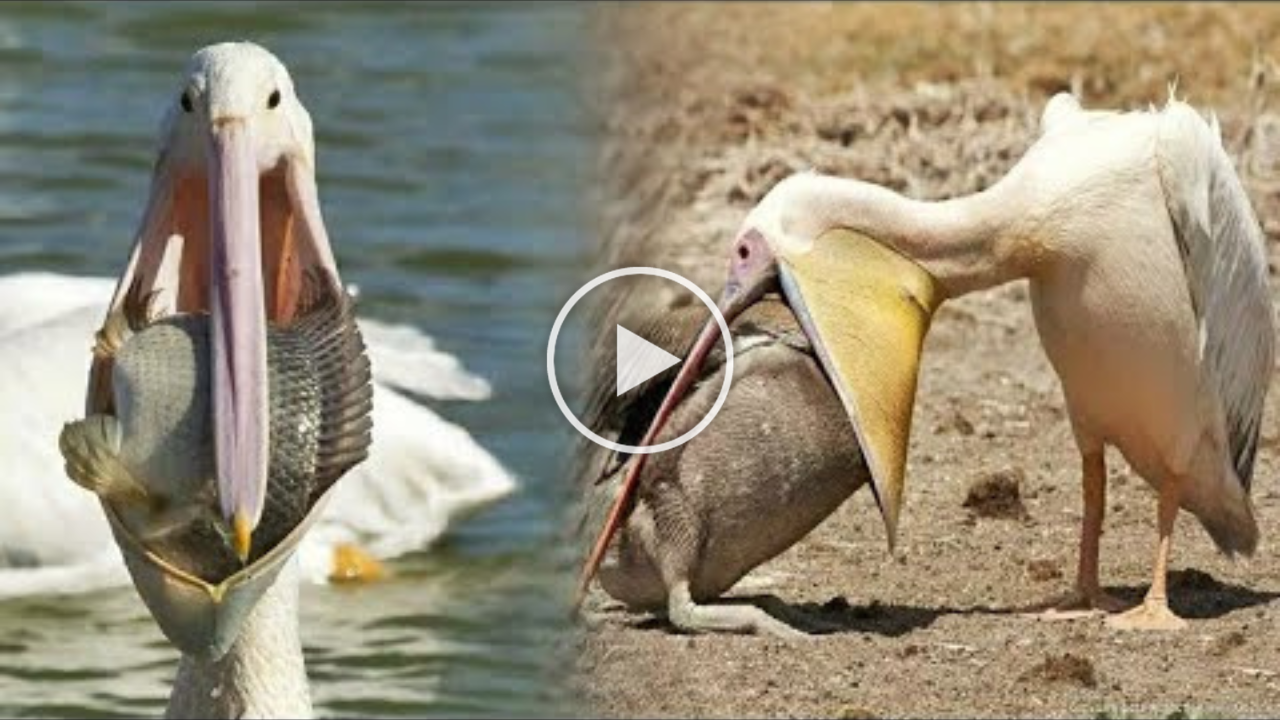 The Great White pelican that lives in the shallow swamps in Africa is one of the largest flying birds in the world. It has the abilities of multiple birds, such as long flights and swimming.

Its unique characteristic is the “gular pouch” inside its beak. Its legs are short and strong with fully webbed toes that allow it to propel itself in water and to take off from the surface of the water. They are powerful fliers and often travel in flocks in a V-formation to reduce drag for the group.